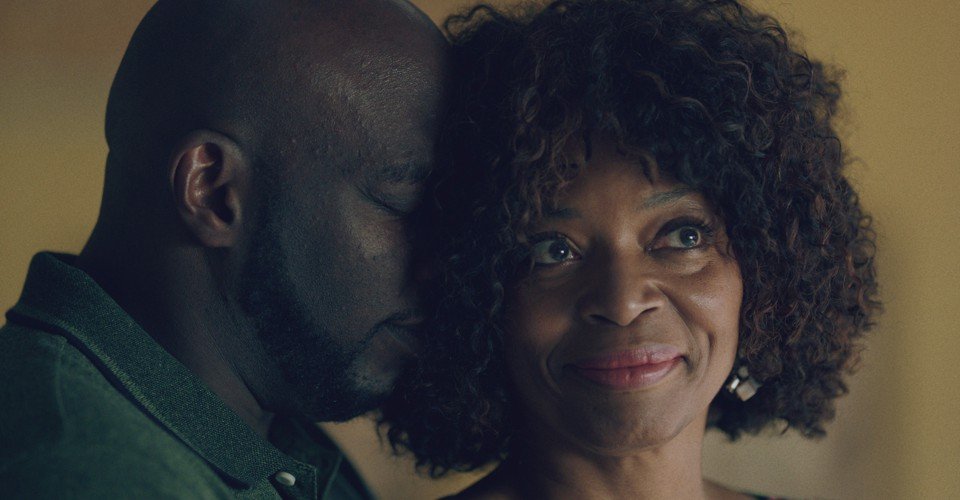 With all of the drama in OWN’s Queen Sugar, the love between Hollywood and aunt Vi has been a constant source of inspiration. Their May-December works in a way that we forget there is even a difference in age. Hollywood has been a part of the Bordelon family for years and was even considered an uncle before the couple tied the knot in last season’s finale. #Relationshipgoals is more than a cute hashtag, it is a clarion call for us to accentuate the positive side of love. By declaring couples #relationship goals we are admiring their commitment the ease with which they make this love thing look easy, even when we all know it isn’t Read on for a few times that aunt Vi and Hollywood were #relationshipgoals.

For Better or Worse

Hollywood is a man who in tune with his feelings, he senses when something is off. He asks Nova why she hadn’t told the family about the upcoming book and isn’t satisfied with the answer he receives. It is at the urging of Hollywood that Nova found the courage to give her family a copy of her manuscript before it was published. (Translation: Slipping a copy in the office of Vi’s diner without an explanation and giving copies to her siblings with no indication of what was inside the book.)  He was sure that if even 1/25 of the family’s secrets were included, they would need time to prepare. He was the first to read the book and discover the secrets that Nova had been hiding, the true feelings she harbored for her family. He bore the weight of the betrayal while keeping the information from Violet and strategizing with Charley and Ralph Angel. When Vi finally finds the manuscript she is heartbroken to see herself through the eyes of her niece. She goes about her day trying to hold it together but finally buckles under the weight of those repressed emotions while drawing her bath. The towel she holds to her mouth isn’t enough to drown out the sound as the pain escapes her body. Hollywood hears from the adjoining bedroom and allows Violet to feel how she feels in the moment without rushing to her side. His heartbreak is palpable, he fights back tears as he realizes this is something he can’t fix for her. She has to sit in those emotions and find a way to navigate her way out of them. Sometimes, #relationshipgoals is as simple as creating a safe space for your mate to feel how they feel without the need to do anything, except be there.

Hollywood was previously employed on an oil rig and was onboard the ship when an explosion occurred. When he receives his settlement check, he is determined to use it to make his lady’s life better. His first major purchase is the High Yellow- the diner that Vi has been working for years as a waitress and later as a manager. Vi is overcome with emotion when they visit the diner after hours and she is handed the keys to her dream. It would have been easy enough for Vi to ask Hollywood to use a portion of his settlement to help her achieve her dreams. He loves her and would do anything to see her happy as he has stated many times before. But, a man who believes in your dreams and invests in them, too- without you asking? #relationshipgoals

Aunt Vi has dedicated her life to the people she loves, ensuring they have what they need. She stepped in to help her brother take care of her great-nephew Blu when his parents weren’t able to. When Darla and Ralph-Angel began to take a more active role in his life, Vi is left to her own devices. She revisits a dream deferred in her prized desserts and pies. Just as her dreams are really beginning to shape in the form of having her pies placed in a local grocery store, Vi begins to experience strange symptoms. A doctor’s appointment confirms that she has lupus, an autoimmune disease that occurs when your body’s immune system attacks the body’s own tissues and organs. Throughout this ordeal Hollywood was right by Vi’s side, going as far as bathing her when she was too weak to do so.

Nova’s book has drawn the attention of Vi’s abusive ex-husband, Jimmy Dale. Just the sight of him in her diner was enough to cause a fainting spell. Later, that evening she explains to Hollywood who the stranger in the yellow shirt really was. She implores him not to become entangled with Jimmy Dale, but Hollywood is adamant about protecting Violet at all cost. He tries to approach Jimmy Dale man to man with his request to leave town. But, when he arrives at home to find Jimmy Dale being thrown out by Violet, he can no longer contain his emotions. The result was Jimmy Dale limping to his broken-down Cadillac with a significant amount of St. Joe’s dirt on his back. Of the things women count most important in a mate, protection is usually at the top of the list. Protection doesn’t always entail a physical altercation, but it is nice to know if push comes to shove- your man can hold his own.

He is here to get something started, but imma finish it.- hollywood

Till Death Do Us Part

Relationships are hard work, they entail opening up your heart, your space and your life to another person. Sometimes, it’s a cakewalk and then there are times when you have to make a day by day, and even moment by moment commitment to work through the hard times. If you have found the one who makes you want to stay even on the bad days when you don’t like your mate, you are already winning.  That I will love you until God calls one of us home kind of love, is still possible as aunt Vi and Hollywood show us. Walking away is easy, working it out through the hard times should be the real #relationshipgoals.

Are there other examples that Hollywood and Vi are #relationshipgoals?