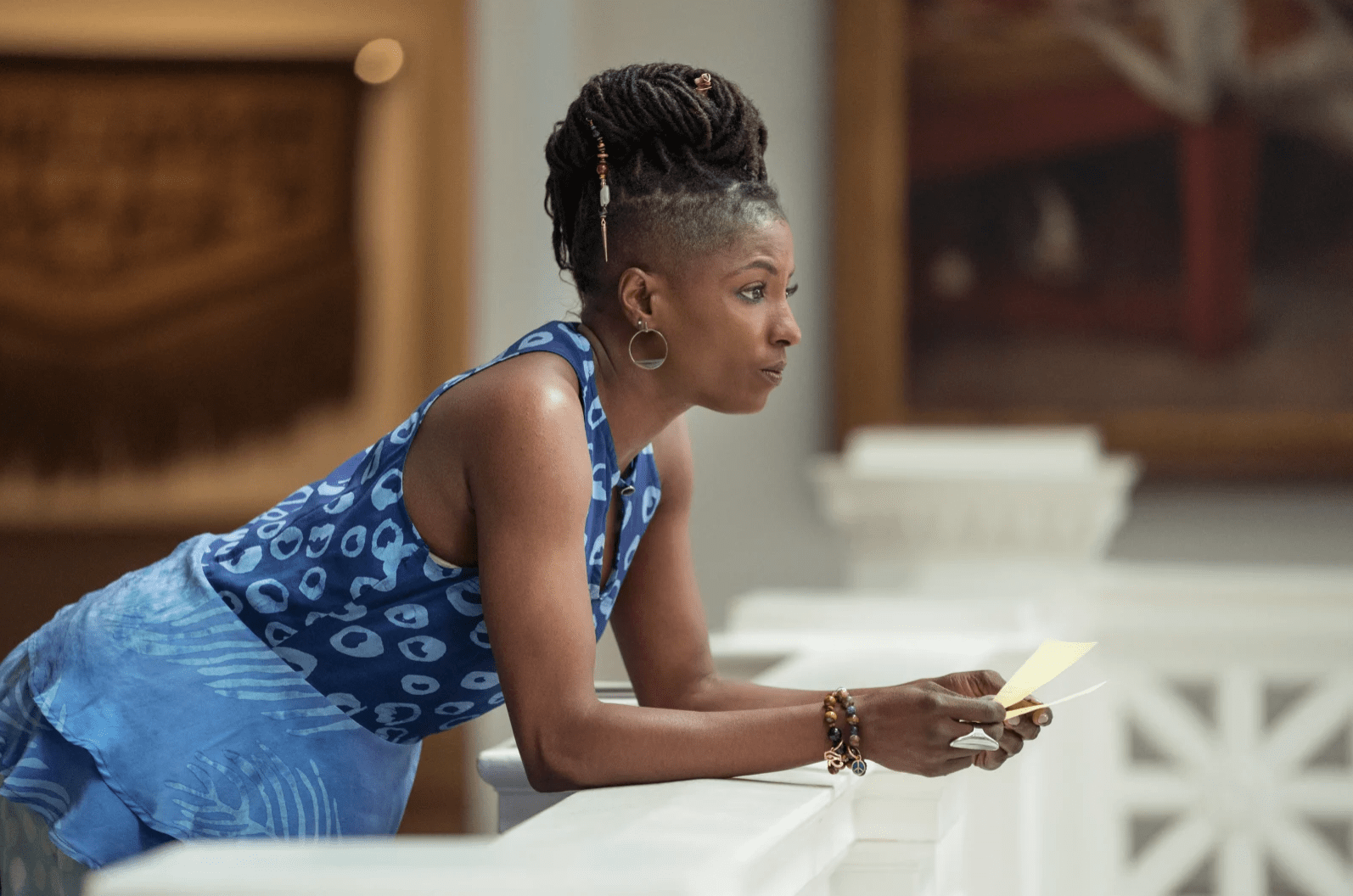 Nova, What About Your Friends?

When Nova’s former professor challenged her during a book reading, it was easy to sense the sexual tension between the two of them. After a minor lover’s quarrel, the two make amends and Octavia invites herself onto Nova’s book tour. Without a friend in the world, Nova readily agrees. Nova has a lot on her mind with the success of the book and the turmoil brewing within her family. Caught up in the whirlwind, Nova doesn’t seem to fully grasp the concept of her growing celebrity or the need to guard her space from those who seek to exploit it. Nova, what about your friends? Let’s take some advice from TLC about how friends should conduct themselves.

Will They Stand Their Ground?

When Nova’s former lover Chantal shows her support at the book signing, it is evident that the two are still very fond of each other. Chantal expresses how proud she is of Nova’s amazing accomplishment. She also seems genuinely concerned about Nova’s relationship with her family. Micah was the only one to support, sitting alone in the first row seats reserved for family. Chantal propositions Nova as she signs her copy of the book, but Nova politely declines the offer. Later, in her hotel room alone she reconsiders. She calls to invite Chantal to join her at the hotel. Chantal stands her ground and flatly refuses. She won’t allow Nova to treat her like a booty call. Real friends enforce their boundaries and let you know when you are out of line.

Will They Let You Down?

Remy and Nova caused quite the drama last season with their little tryst. They fought the feelings for as long as they could, but eventually succumbed to their desires. The two seemed to share a bond that was indescribable, as forbidden as their affair was.  When the family and Charley found out about the two of them, they were upset and rightfully so. Remy has been noticeably absent from Queen Sugar this season. He left town shortly after the affair, leaving Nova to deal with the fallout. Remy doesn’t miss out on a chance to celebrate the opening of Vi’s diner, though. He breezes in and out of town without a care in the world. Even with all the turmoil surrounding Nova, he doesn’t take the time to see how she’s doing. No matter the time or distance, real friends check-in during times of distress.

Are They Gonna Be Low Down?

Octavia Laurant was a leading voice for the Black intellectual, as both a professor and author. It is only normal that she feel a little twinge of envy as she witnesses her star pupil grow into her full potential. With her years in the industry, Dr. Laurant seems to believe that she is somehow more worthy of the attention that Nova has been receiving. When a colleague mentions that she is interested in having Nova edit a collection of essays for a new book, Octavia quickly points out that type of project isn’t Nova’s forte, but that she has been looking for her next project. She quickly changes the subject when Nova inquires about the nature of the conversation. Octavia has set up a meeting with the dean of Princeton to discuss some upcoming opportunities, but Nova blows off the meeting to hang out in the hotel bar. Tensions are high when Nova returns to the room and the real Dr. Laurant shows up. She reminds Nova that she spit-shined the backwoods stink off of her thinking as a student, of all she has done for her on the book tour- because after all emotional labor is still work. But, the coup de gras came in the form of a question- Don’t you know I made you? Sometimes anger is all the fuel our friends need to tell us how they really feel about us. In that moment, Octavia is telling Nova that she will never be her equal and that she owes all of her success to her. With friends like that who needs enemies? Real friends don’t keep a laundry list of the things they have done for you in reserves for the opportune moment to throw it in your face.

Or Will They Turn Their Backs on You?

Nova is seemingly all alone in the world without the covering of her family. Carrying this burden of betrayal would be so much easier, if she had at least one friend to help shoulder the load. But, sometimes you have to put family in the rearview mirror to get where you want to go as Octavia so eloquently put it. Could the same be true for friends? It is natural to want your friends to grow and elevate with you as you ascend to the heights of your success. But, it is also important to know that not everyone wants to grow and not everyone wants to see you step into your full potential. Your success could be the mirror that reflects those dreams that may have been deferred or even the failures they have endured. As you elevate in life, is it necessary to release the friends that you’ve outgrown?

photo courtesy of OWN network

Arnitris Strong is a certified Christian relationship coach at The Blessed Dating Experience. She is the big sister who will hold the mirror so that you can see your reflection and hold your hand while you can reconcile the woman you are with the woman you want to become. She is the editor of Blessed be the Tie- a site dedicated to ensuring women have the resources to create the life, legacy and love they desire and owner of A Strong Visual, a boutique branding firm for Christian womenpreneurs. Follow her on @blessedbthetie on IG and FB.