NOVA’S PEN IS MIGHTIER THAN THE SWORD 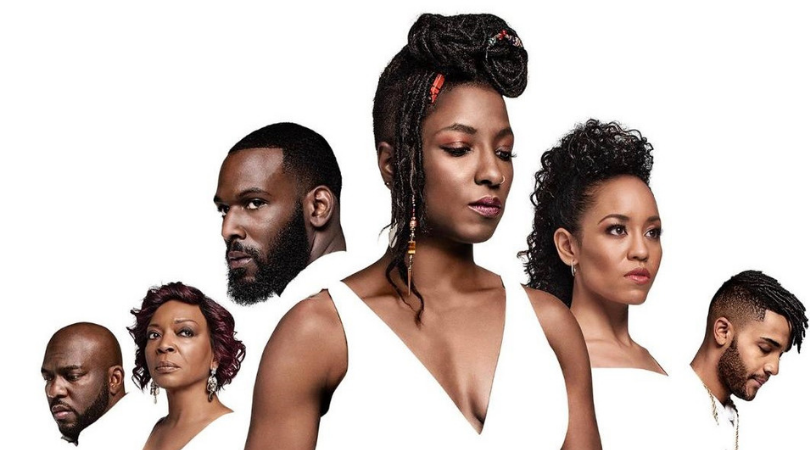 5 Relationships that are forever changed in OWN’s Queen Sugar
by: Arnitris Strong

OWN’s Queen Sugar is back for season four, with only two episodes in this season promises to be an emotional rollercoaster. Nova has penned a memoir entitled Blessing and Bone that reveals some ugly family truths. She explains in a video trailer promoting the book that secrets are killing us. Her inspiration for writing the book is to offer her family’s truth as a sacrifice and example of how everyone can be free. This truth sacrifice would be a very noble endeavor, except her family didn’t agree to be the sacrificial lambs. In fact, they weren’t even aware of the subject of the book. The airing of the Bordelon family’s dirty laundry serves as a contribution to the advancement of American families as a whole, but Nova couldn’t have considered what would be required as atonement.

Although Hollywood and Aunt Violet are fresh back from their honeymoon in Thailand, he has been a part of the Bordelon family for years. He assisted Violet with the raising of Blu, while his parents were incapacitated- Ralph Angel in prison and Darla dealing with drug addiction. It was Hollywood who rescued Blue from the hotel where Darla was turning tricks to feed her addiction. He showed her a kindness she has never forgotten by throwing the john out of the room, covering her with a sheet and reminding her that she was better than her choices. Hollywood is the first to get wind that something was off with Nova’s book. When confronted about the subject of the book, Nova skirts around the issue. It is Hollywood’s plea to know if she spilled secrets so that they could prepare as a family that spurs Nova to share advanced copies with the family. He seems to be genuinely disappointed that she didn’t talk with the family before the book was published. While Hollywood is one of the more forgiving members of the extended family, I am not sure that their relationship will ever be the same.

As the matriarch of the Bordelon family and only sibling of Nova’s father, Violet sets the tone for how the family operates. This is evident in the family’s quiet acceptance of Darla after Violet finally warms up to the idea of her being around and their cool indifference toward her when it is revealed that Ralph Angel isn’t Blu’s father. It is easy to understand why Nova would be hesitant to talk to her aunt about the truth that she has unburdened between the pages of her book, but if the thought of discussing the truth with the people who will be affected by it most is so daunting why did she write it? She reduced Violet to a strong Black woman who lived much of her life as anything but that, continuing that her body and spirit through strong now had been broken many times by her uncle Jimmy Dale. While all of that may be true, it was definitely not Nova’s truth to tell. Violet Bordelon can hold a grudge, I am not sure that she will ever look at her niece the same.

A twenty-something-year-old man with an ego so fragile he can’t imagine that his beloved child didn’t come from his loins. It is often painful when others hold up the mirror so that we can see our reflection, even more, painful when we see our reflections in the eyes of those who are supposed to love us. How awful it must be to read how your big sister truly sees you between the pages of a book. During the last few seasons, we have seen Ralph Angel fight against his natural inclinations to provide for his son and stay on the right side of the law. He has gained the respect of his family by working to turn his father’s prized possession of a farm around and to remain a constant in his son’s life. We cried along with him as he received the paternity results and agreed that the results didn’t matter. Why then did Nova include such a harsh commentary about her only brother knowing how fragile his ego is? One has to wonder if this memoir is really about revealing truths or something deeper?

Charley Bordelon, is the fairer-skinned sister the result of Ernest Bordelon’s affair with a White woman. Charley landed in Louisiana after the death of Ernest amid a scandal with her baller husband. She quickly established herself as a force to be reckoned with when the sugar mills gave the family a hard time about doing business with them. It was Charley who found out why the Landry’s were so adamant about buying their land and running them out of business. She used her savvy to start a sugar mill and establish a new Sugar Queen pageant when the local one excluded Brown girls. One would think that Charley had something to prove, and she did. She knows that she had always been considered the outsider, only visiting the South for the summers. She is aware of the privilege her light skin affords her. Now those feelings have all been confirmed with the publishing of this book. Don’t weep for Charley though, she is out for blood- cease and desist orders are already being drawn up.

She didn’t write the book to gossip about her family or to kick her brother when he is just getting on his feet, but rather to share that American families all want the same things- home, land, space, and love. By sharing these truths in the manner in which she did, Nova has existentially cut herself off from the very American dream she describes. While it is true that we all have secrets, and it may actually be true that our secrets are killing us – the only truth Nova had a right to share was her own. She has been having trouble sleeping and that can only indicate that she is struggling with herself. I think it is safe to say that the relationship that will suffer most is the one she has with the woman in the mirror. For in the process of ensuring all Americans have access to the American dream, she has alienated herself from the very home, land, space, and love she holds dear. If that weren’t bad enough, she also has to watch her family struggle under the weight of her betrayal while the world looks.

Do you think there any other relationships that have been broken beyond repair with the publishing of Nova’s book? How could you go about forgiving someone who betrayed your family in this way?