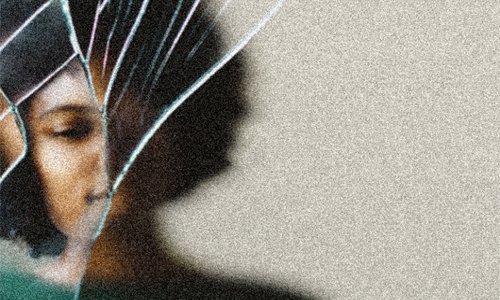 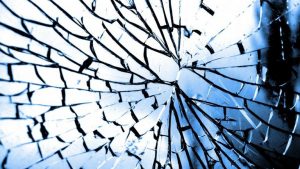 I get it. A couple years ago, amidst the celebration of my sister-in-law’s birthday, I saw just how broken my mirror was, and how potentially detrimental that can be. Near the end of our night of fun, a young lady started tripping and acting ridiculous over the restrooms. She and a friend of mine got into a heated word exchange. I take issue with the restroom bouncer to ask why he allowed the girl’s ongoing foolishness. We were all asked to leave the restroom area and chill out. But then, it was time to leave. As we told the story to a friend who wasn’t around at the time, the young lady posted up, looking for trouble, provoking an incident.

Instead of walking away, instead of speaking with intelligent dismissal, instead of acting like I had some sense, I let the chic have it! Why? Because my mirror was broken. Everyone with me was surprised at my reaction. Why? Because I’m normally not involved in any foolishness (at least not in a very long time). But see, how everyone else sees me isn’t how I saw myself. My cousin Thomas and his homeboy Lloyd said, “Aye you finna be a principal, you need to chill!” My friend Shayla said to me, “Shanelle you write about all the things God has brought you through, don’t mess all that up.” Maurice and Floyd told me that ja

il wasn’t an option for me, and I needed to calm down.

They all saw me as someone greater than I saw myself. To me, in that moment, I was just a little chic from the trap. To them, in that moment, I was ACTING like a little chic from the trap, but I’d grown into a woman with a story and a purpose that wasn’t worth compromising. I was blown away by the feeling that gave me. I simmered (even though I didn’t want to) because I had too much to lose and too much to live up to. I can’t say that I won’t be provoked and react in a less than godly way ever again in my life, but I can say that God has gifted me with a new mirror. He’s shown me that I reflect Him and a goodness that people would love to see for themselves. He showed me that I need to be mindful of the mirror I look into because a broken one shows a broken me, but I am made whole through Him and the people that He’s placed in my life to keep me going.

Normally, I’d be beating myself up for my actions. I’d harp on it. I’d dwell. I’d live in a constant state of remorse. Instead, the next morning, I honestly felt very little remorse. The most overwhelming feeling I had was gratitude. Thankful to God for keeping that situation from becoming uglier than it was, giving me my freedom to wake up in my own bed the next morning and report to work today. Appreciative of my friends and family who had my back in a different, more mature way. I was simply in a state of gratitude. And that was yet another sign of my own spiritual maturation. God has grown me in a way that I accept and own mistakes, but don’t live in them. I was actually really surprised at how I felt the next day. It felt much lighter to see the God in the situation than to focus on my immature actions.

Colossians 2:10 reads “And you have been made complete in Christ…” Someone reading this right now is seeing themselves through broken pieces. You don’t realize or give yourself enough credit for how far God has brought you. You made a mistake or slipped up and now you’ve allowed that moment to define you, instead of living as the person God has developed. We all have those old remnants of ourselves drifting around inside of us. Every now and then they surface. They surface to remind us of who we can be, but not to show us who we really are. Check your reflection today. Make sure that you are looking into a whole mirror so that you see your whole self, not the pieced apart person that you used to be. Be Blessed. XOXO